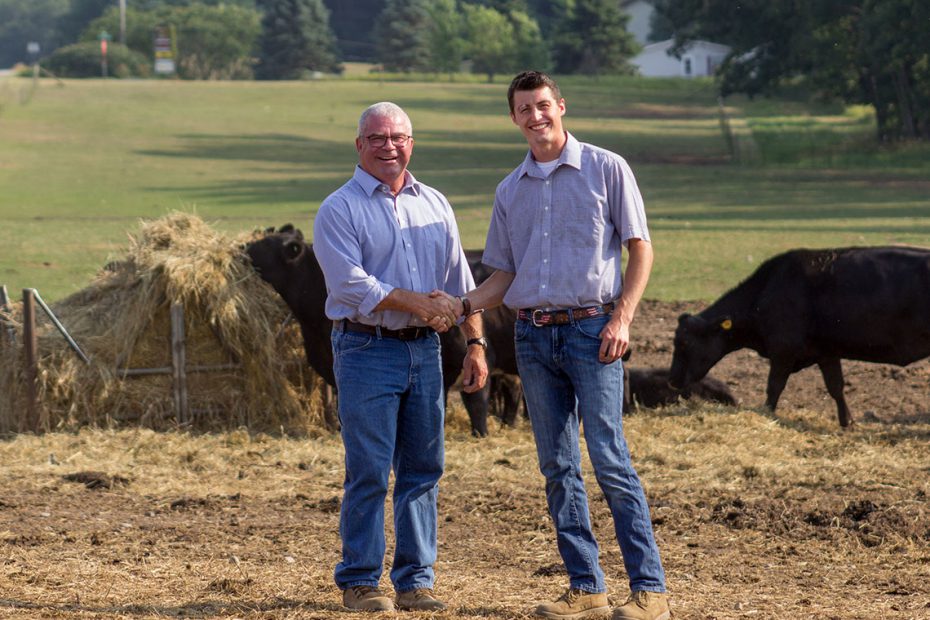 SIX LAKES, Michigan — Pat Outman formally announced his Republican candidacy for the Michigan House of Representatives in the 70th District today, and at the same time announced that current State Rep. Jim Lower is endorsing him in the race.

“Public service has never been more important for our community, state and country,” Outman said. “Whether it is law enforcement, healthcare, teaching, military service, or elected office, we all serve our community in one capacity or another. Over the last several years, I have seen first-hand the positive impact that members of our state Legislature can have on our community and state. The earnest service of my father and the difference he has been able to make is what inspired me to announcement my campaign for the seat he once held in the Michigan House of Representatives.”

Outman currently works in the construction industry. He also assists with the family cattle farm and excavating business. He earned an associate degree from Montcalm Community College and a bachelor’s degree in business administration from Ferris State University.

“Like many people in our community, I know the value of an honest day’s work. While attending school, I worked construction and helped run our small family businesses,” said Outman. “If elected, I will bring a familiar, common-sense perspective to Lansing. My focuses are improving our state’s infrastructure, skilled trades and career training, the current opioid crisis, and I would also like to serve as a watchdog of auto insurance reform.

“The auto insurance reform bill that was recently passed and signed by the governor is designed to reduce prices of auto insurance. However, it will not work as intended unless insurance companies and hospitals are held accountable by our leaders in Lansing,” Outman explained.

“I’ve known Pat Outman for several years. He’s honest, hardworking, and he cares about our community,” Lower said.  “His background and experience mesh well with the background of our community. This fact, coupled with his character, will allow Pat to represent us well in Lansing. I encourage everyone to get to know Pat Outman. I’m confident he will make us proud in Lansing,” concluded Lower.

In addition to his work in construction and business, Outman has spent time in Lansing working for the Clerk of the Michigan House of Representatives. He lives in Six Lakes on the family farm and enjoys hunting and fishing in his spare time. He also attends Mount Pleasant Community Church.

“I’m ready to hit the ground running for our community in Lansing. I look forward to going door to door and building relationships with voters in the 70th District,” Outman concluded.

For more information or the contact Pat Outman visit www.PatOutman.com.